The children made “Smilekids Town” by making the most of what they’ve learned and used their crafts from last month’s theme “Occupations/Transportations”.
They have expanded their world of imagination and spoke English a lot while they were playing! Also, they learned the traffic rules and became a meaningful time♡ 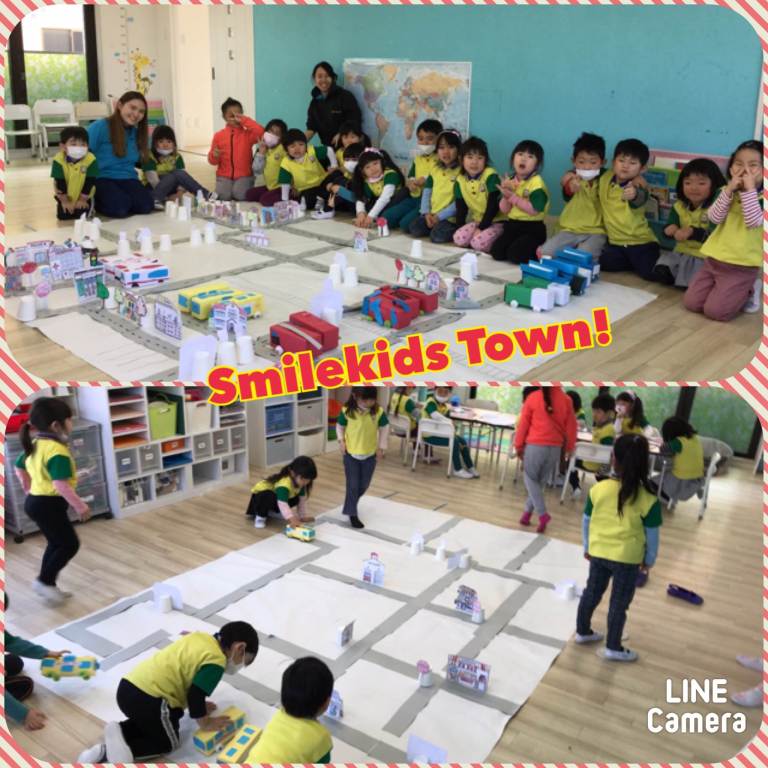 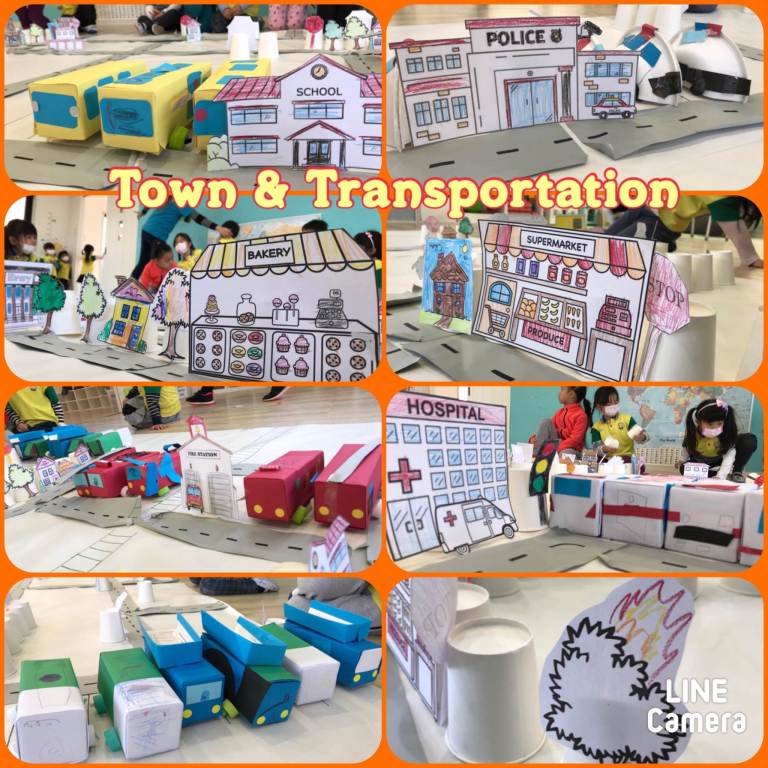 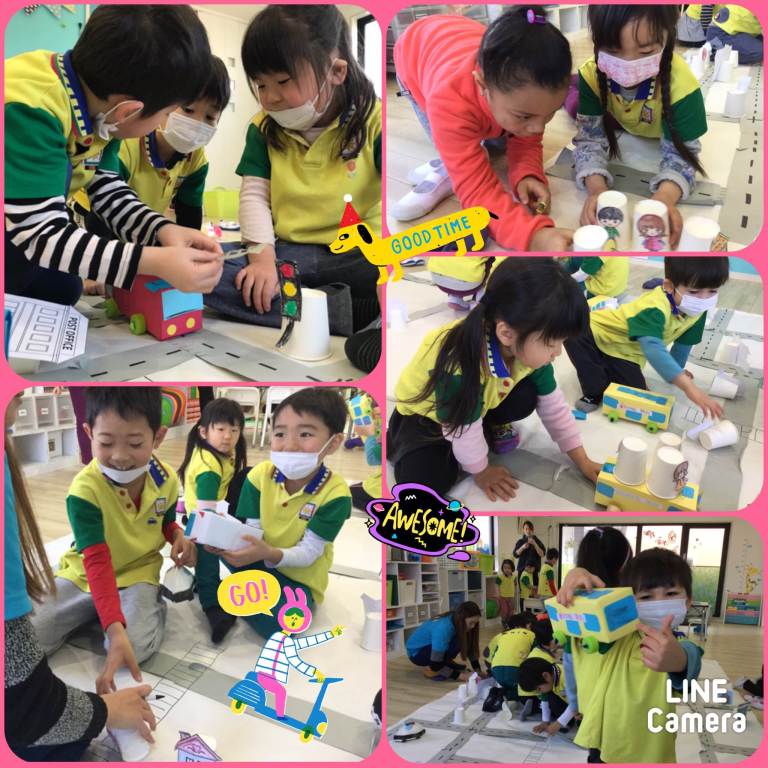